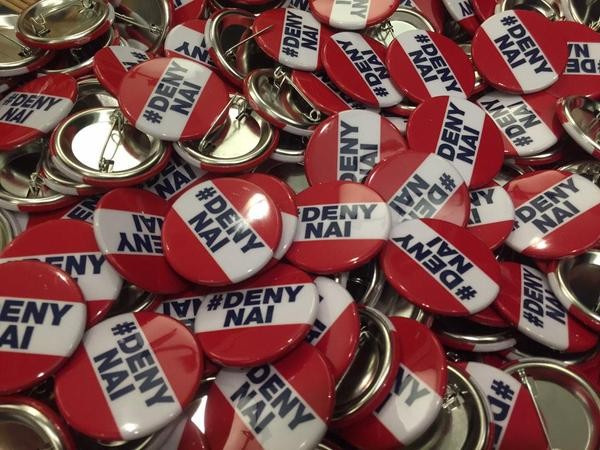 Remember that bad joke we told you in back in 2013? The one about the Norwegian airline that plans to register in Ireland and base its employees — hired through a Singaporean agency — in Bangkok? Well, it only gets worse — or more laughable, depending upon your level of cynicism.

Norwegian Air International (NAI), a subsidiary of Norwegian Air Shuttle, has tried time and time again to gain access to the U.S., undermine fair competition and avoid strong labor standards. In its latest attempt, the airline has “promised” the U.S. Department of Transportation that it will hire only European and U.S. pilots for its transatlantic flights. NAI further states that these workers, who will be employed under individual contracts, will have a “chance” for full employment at Norwegian 24 to 36 months down the road.

As if the DOT, members of Congress, American air carriers and airline employees would be fooled by such smoke and mirrors. NAI’s “commitments” are nothing more than unenforceable empty promises. They would do absolutely nothing to address the foundational problem with the company’s proposed flag of convenience business model: that it violates the 2010 US-EU Open Skies Agreement. As the old saying goes, you can put lipstick on a pig…

That’s why, together with the Airline Pilots Association (ALPA), the Association of Flight Attendants (AFA-CWA), the International Association of Machinists and Aerospace Workers (IAM), the Transport Workers Union (TWU) and the European Cockpit Association (ECA), we’ve called NAI on their bluff and have once again requested that the DOT deny the company a foreign air carrier permit. We will continue to fight for the strong enforcement of our aviation trade agreements to ensure that U.S. airlines and airline workers are competing on a level playing field.