VIDEO: Freight trains in the U.S. are a disaster waiting to happen 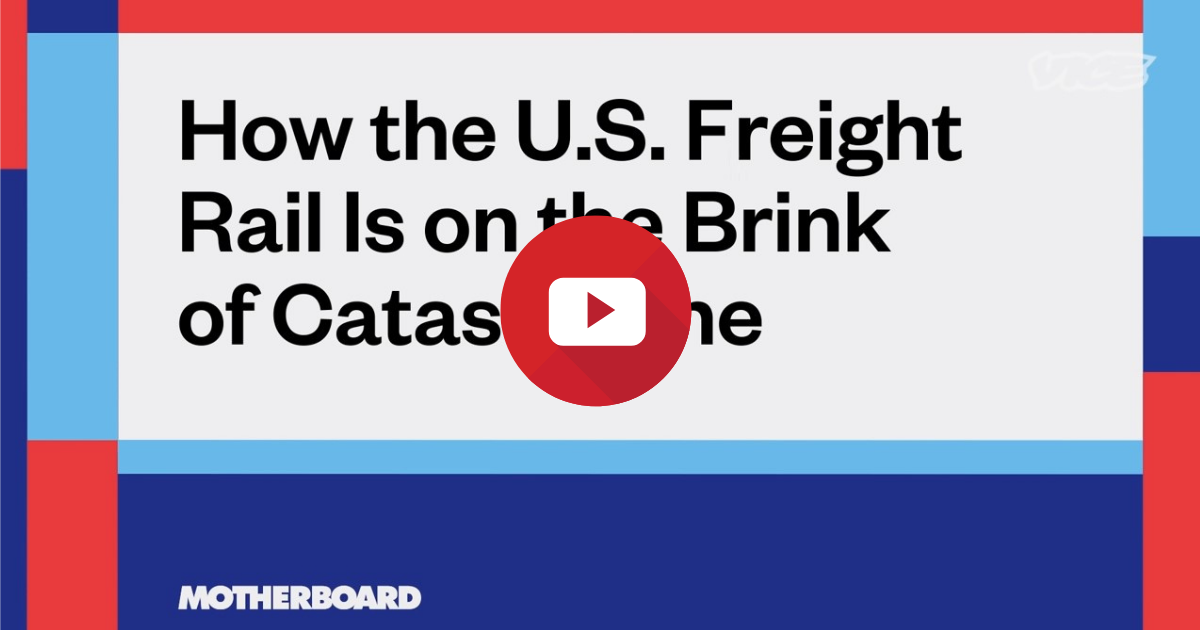 Last month, VICE Media exposed the dangers of a new business model taking hold in the freight rail industry called Precision Scheduled Railroading (PSR). The goal of PSR is to line the pockets of wealthy shareholders by prioritizing cost cutting and profits over safety and service.

Now, VICE News has released a companion video that further explains how PSR jeopardizes safety by forcing frontline freight rail workers to do more with less.

VICE’s investigative reporting is driven by freight rail workers and their unions who say they have an obligation to sound the alarm.

America’s freight rail workforce is being drastically slashed, all in the name of cost cutting. The workers who are left are taking on more responsibilities, and report being pressured to meet unattainable standards and arbitrary deadlines. Any focus on safety—once a hallmark of an industry that uses complex, heavy machinery to transport everything from grain to hazardous chemicals—has gone out the window. Those who have worked in the industry for decades say they are seeing more accidents and derailments now than at any other time in their careers.

In practical terms, here is just a small sampling of what workers are reporting on the safety impacts of PSR:

As one veteran worker put it, “it’s only a matter of time before fatigued workers, unrealistic inspection policies, and unqualified inspections result in a major incident in someone’s neighborhood.”