Ulysses S. Grant was president when this key piece of infrastructure was built. It’s time to #BuildBackBetter 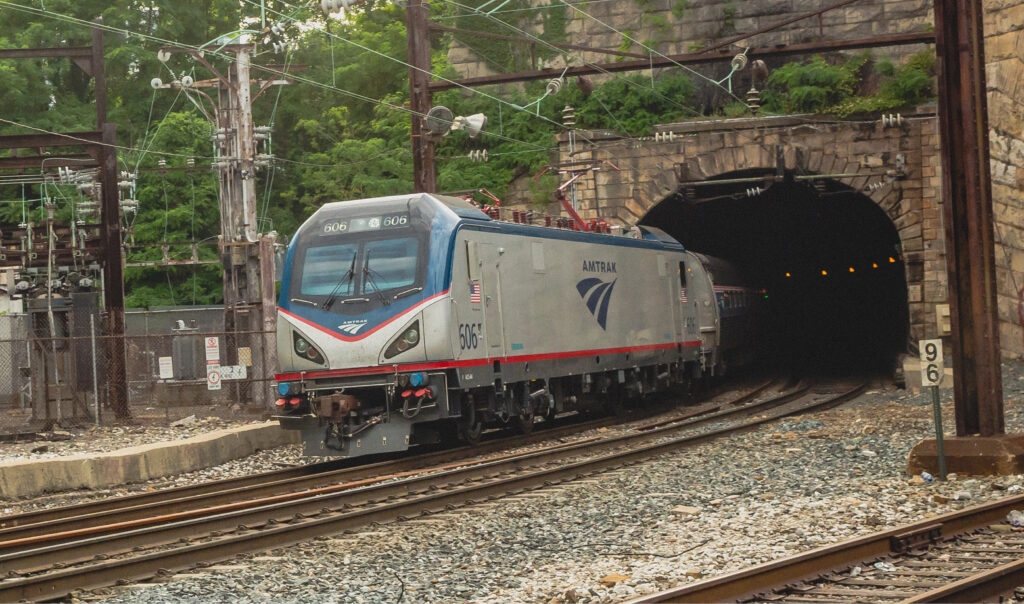 Friday marked the 150th anniversary of the groundbreaking of Amtrak’s Baltimore and Potomac (B&P) Tunnel, which connects Baltimore to Washington, D.C., and is a key chokepoint along the Northeast corridor.

As impressive as that anniversary is, a step back reveals just how dire America’s infrastructure investment needs really are. Consider these facts: Ulysses S. Grant was president when the B&P tunnel first opened in 1873. Nearly 150 years later, commuters and families in the DC region still use this tunnel — even though it has been battered and bruised by time and weather.

Excessive water infiltration, age-related deterioration, and a sinking floor make this tunnel especially perilous to travel through. It is so old and so badly in need of modernization that there are no fire or life-saving systems to keep passengers and frontline workers safe in the event of an emergency. As a result, Amtrak crews must embark on costly and time-intensive tunnel inspections multiple times a week to ensure it is safe.

Prior to the pandemic, 9 million MARC and Amtrak customers relied on this tunnel annually. Now, as we begin to recover from the economic crisis caused by COVID-19, infrastructure like the B&P Tunnel will be instrumental in jumpstarting our economy.

If the tunnel were to be taken out of operation — which is a very real possibility — all passenger train travel south of Baltimore would have to stop. That means commuters trying to get to work in Washington, D.C. would have to find alternative and potentially costlier transportation options. Families, tourists, and business professionals wouldn’t be able to take the train to hubs like New York or Boston. And freight rail operations, which also rely on the tunnel, would experience disruption, possibly leading to an increase in food prices and other supplies.

Amtrak has plans to repair, upgrade, and modernize the tunnel – which it will rename after abolitionist Frederick Douglass — but the project will require $4 billion. That kind of funding is only possible with help and support from the federal government.

Naysayers may scoff at that price tag, but $4 billion buys more than just concrete and steel. In this case, $4 billion buys speed, safety, efficiency, and resiliency. It buys peace of mind for Amtrak riders and workers, and greater connectivity and economic opportunity in a region that is central to our national economy. It also buys good, middle-class union jobs in construction, operations, maintenance, and design – the kind that can transform life for millions of families who experienced financial hardship during the pandemic.

As great as the needs are, and as shocking of an example as the B&P tunnel presents, this project is just one of thousands across our country that would benefit from federal support. President Biden has been clear that infrastructure is a top priority. The only question now is can we cross the finish line, or will America’s working families have to wait another century and a half to get the investments they need?